The survey was conducted as part of the larger project IPREX BLOGBAROMETERTM 2015, which has been running since last year in several European countries within the international network of PR agencies IPREX Global Communication. Current data from the European survey is not available at the moment, which is why we do not present them for all indicators, unlike last year.

The Donath Business & Media PR agency conducted the survey online in the Czech Republic between June 17 and 30, 2015, in cooperation with the MR Think consultancy. The purpose was to map out the Czech blogosphere, identify trends over years and focus more on bloggers’ plans.

A total of 482 respondents participated in the survey, of which 403 responded to the invitation sent to 1,331 bloggers (30.3% of those addressed). Another 79 respondents answered the call on Facebook and the iDnes1 news portal, which has supported our survey again this year. The absence of a description of the blogging population from which we could select is a significant methodological hurdle. This is why we decided last year to address a maximum number of bloggers, and we checked from the demographic parameters whether we captured all the intuitively expected main groups of bloggers by their age, domicile and age of the blog. This year, we employed the same database of bloggers as last year and added 398 newly identified blogs registered during the past year.

Bloggers go professional, and firms take them as partners

Unlike last year, bloggers make much greater use of social networks to advertise their blogs. Facebook is used most of all, attaining 71.8% and getting close to the European level of IPREX BLOGBAROMETERTM 2014. Similarly the use of Instagram, having grown twofold to 49.7%, approached last year’s European level. Twitter (21.8%), YouTube (19.3%) and Pinterest (16.8%) share the third rank on the imaginary popularity scale of social networks among our respondents. Only 7.3% of respondents stated no advertising of their blogs on social networks.

More than one-fifth (22.3%) of bloggers taking part in the survey plan to promote their blogs on other social networks. 12.7% of the respondents want to publicize their blogs by cooperation with print media or well-established websites, 4.9% will advertise the blogs by an exchange of links, and 3.4% will commission a campaign.

Firms contacted bloggers one-third more often than last year. This year’s survey suggests they addressed almost a half of the bloggers (45.2%). Most often they propose cooperation (85.1%), offer samples and products (78.2%) and extend invitations to events (63.2%); they also organize special events for bloggers (63.8%).

Similarly to last year, it shows that women are more active as bloggers, though this depends on the subject as well as their age. Women dominate such fields as cosmetics, fashion, cooking and drinks, health and healthy lifestyle, or DIY, while men prevail in technology, society and politics.

Unlike last year, the number of everyday contributors dropped by approximately a half (to 6.6%). 39.1% of the respondents blog several times a week, 31.9% several times a month, and 15.2% less frequently. 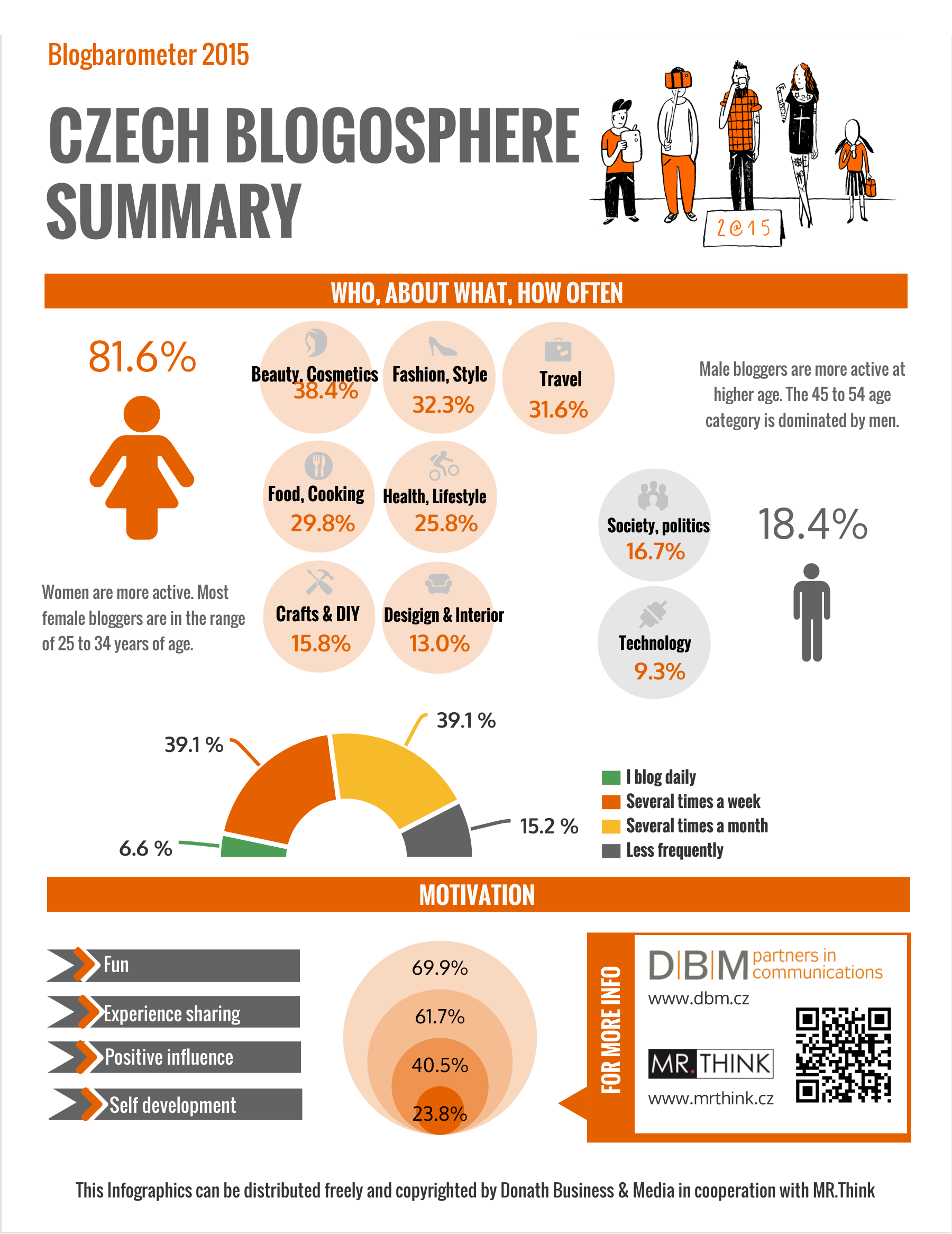 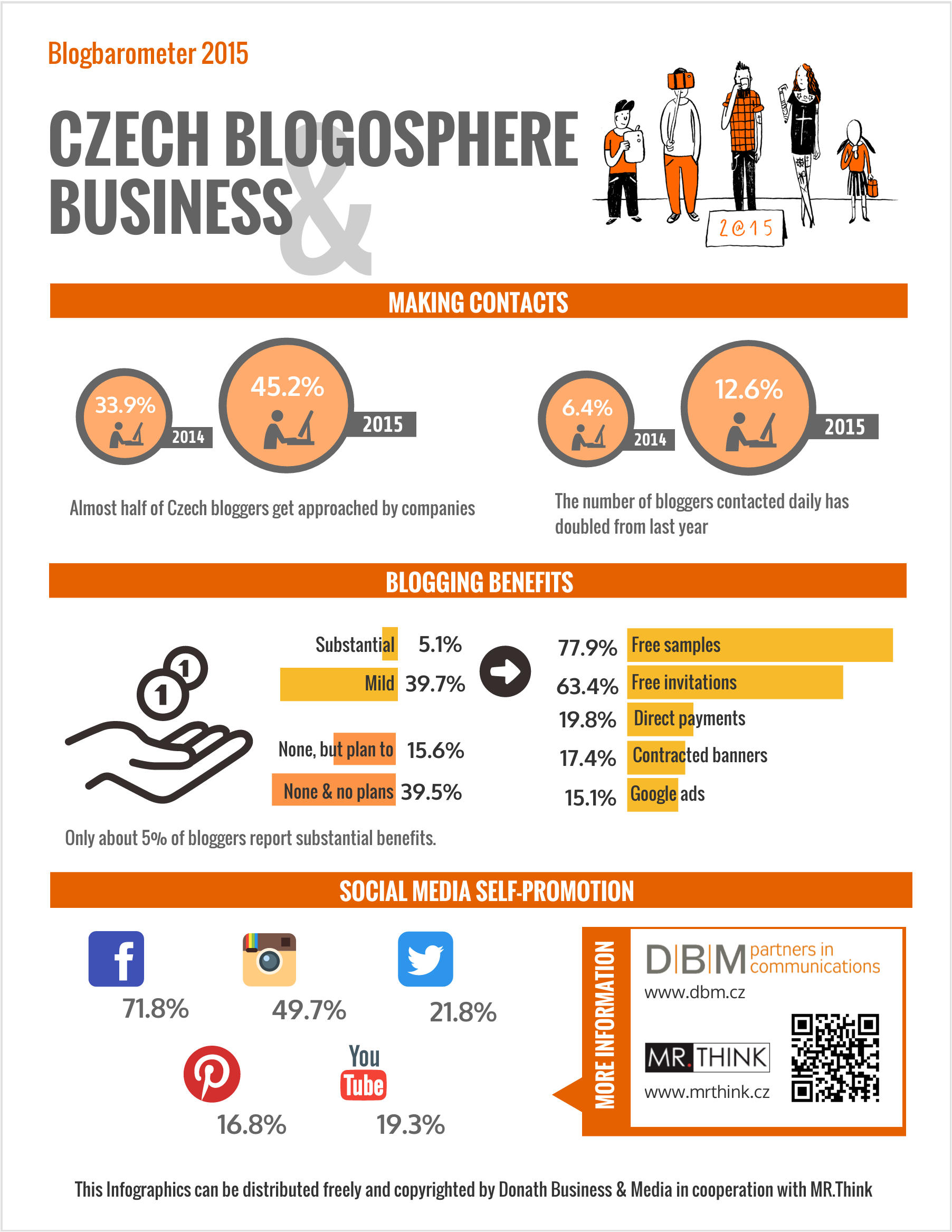